listen)) is a city and a municipality in Portugal. In 2011, the population was 78,450, in an area of 197.58 square kilometres (76.29 sq mi): it is the second most populous city in the Centro Region of Portugal (after Coimbra). Along with the neighbouring city of Ílhavo, Aveiro is part of an urban agglomeration that includes 120,000 inhabitants, making it one of the most important populated regions by density in the Centro Region, and primary centre of the Intermunicipal Community of Aveiro and Baixo Vouga. Administratively, the president of the municipal government is José Ribau Esteves, elected by coalition between the Social Democratic Party and the Democratic Social Centre, who governs the ten civil parishes (Portuguese: freguesias).

The presence of human settlement in the territory of Aveiro extends to the period associated with the great dolmens of pre-history, which exist in most of the region.

For a long period Aveiro was an important economic link in the production of salt and commercial shipping. It was a centre of salt exploration by the Romans and trade since 26 January 959 (from the testament of Countess Mumadona Dias to the cenóbio of Guimarães). During this testament, Mumadona Dias also highlighted the ancient name for Aveiro, referring to the monastery's lands in Alauario et Salinas, literally, "a gathering place or preserve of birds and of great salt".

It was invaded by the Moors and held until the 11th century, after which it became popular with Portuguese royalty. 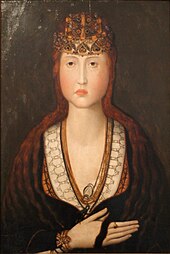 Later, King João I, on the advice of his son Pedro, who was the donatary of Aveiro, requested the construction of fortification walls.

The Princess St. Joana, daughter of Afonso V lived in Aveiro, entering the convent of Jesus, and lived there until her death on 12 May 1490. During her life her presence brought attention to the town, and favoured it with an elevated level of development for the time.

The first charter (foral) was conceded by Manuel I of Portugal on 4 August 1515, as indicated in the Livro de Leituras Novas de Forais da Estremadura. Its geographic position along the Aveiro River had always helped it to subsist and grow, supported by salt market, fishing and maritime commercial development. By the beginning of the 15th century, there already existed a great wall around the historical centre, intonating the significance of the community and growth of the population. This included the founding of many religious institutions and their supports, which assisted during the 17th and 18th century crises associated with silt in the waterway. In the winter of 1575, a terrible storm closed the entrance to its port, ending a thriving trade in metals and tiles, and creating a reef barrier at the Atlantic Ocean. The walls were subsequently demolished and used to create the docks around the new sand bar. 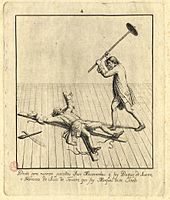 A depiction of the execution of Duke José Mascarenhas of Aveiro

Between the 16th and 17th centuries, the river's instability at the mouth (between the Ria and open ocean) resulted in the closure of the canal, impeding the use of the port of Aveiro, and creating stagnation in the waters of the lagoon. This blow to the economy created a social and economic crisis, and resulted in the decrease in the population and emigration. It was at this time that the Church of the Miserícordia was constructed, during the Philippine Dynastic union. 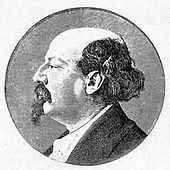 In 1759, King José I elevated the town to the status of city, a few months after condemning the Duke of Aveiro (a title established in 1547 by João III), José Mascarenhas, to death. As a result, Aveiro became known as Nova Bragança: it was later abandoned much later, and returned to Aveiro. In 1774, by request of King José, Pope Clement XIV instituted the Diocese of Aveiro.

In the 19th century, the Aveirense were active during the Liberal Wars, and it was José Estêvão Coelho de Magalhães, a parliamentary member who was determinant in resolving the problem of access along the Ria. He also helped with the development of transport, especially the railway line between Lisbon and Porto. It was the opening of the artificial canals, completed in 1808, that allowed Aveiro to expand economically, marking the beginning in the town's growth.

The municipality was elevated to the status of town, centered on its principal church, consecrated to the Archangel Michael, today the location of the Praça da República (having been demolished in 1835).

Aveiro has a warm-summer mediterranean climate influenced by its proximity to the Atlantic Ocean. The maritime influence causes a narrow temperature range resulting in summers averaging around 24 °C (75 °F) in daytime temperatures, considerably lower than inland areas on the same parallel on the Iberian Peninsula. As typical of mediterranean climates, summers are dry and winters are wet. A coastal feature is that frosts are rare and never severe. The hottest temperature recorded was 39.3 °C (102.7 °F). Temperatures above 32 °C (90 °F) are extremely occasional, and averages only a couple of times per annum.

The central area with its Art Nouveau buildings and boat rides on Barcos Moliceiros attracts many tourists.

Tourism is also important for the economy. The old town centre, with its Art Nouveau and Romanesque architecture and "gondolas" (barcos moliceiros once used for collecting moliço seaweed) plying the Ria de Aveiro canals, is referred to as "The Venice of Portugal" in some tourist brochures.

Important tourist attractions are the Arte Nova (Art Nouveau) architectural designs and tiles of some buildings that were created in the early 20th century, the Art Nouveau museum, the Aveiro Museum (Museu de Aveiro, formerly the Mosteiro de Jesus convent with exhibits of King Afonso V's daughter, Santa Joana), the 15th century Aveiro Sé or São Domingos cathedral and the Church of Jesus (Igreja de Jesus) with its beautiful architecture. The nearby beaches, Costa Nova and Barra, attract many visitors in warm weather; they can be reached by bus from Aveiro. Other sites of interest to tourists include the Carmelite Church and the Misericórdia Church built in the 16th century.

Getting to Aveiro and The University of Aveiro